What an amazing plant-based inspiration story of one of our Leaper's Tanya who went through our Super Plant-Powered Leap 30 Day Program. She has a 3-year-old boy and 6-year-old girl who now enjoy eating plant-based meals with her and her husband.  Her family feels and looks so much healthier and happier.

This a great inspiring video for you to see how anyone can start at any age eating more plant-based meals.  This is our chance to change generations to come.

Are you left feeling confused and overwhelmed with what is healthy to buy at the store? The term ‘food’ has changed greatly in the last years! People have survived eating what we call organic, whole foods. Now organic whole foods are considered a luxury indicating just how far away from nature we’ve come. As food was taken from the hands of the farmers to processing plants, we began a new era of food products, which our ancestors would not recognize.

The hidden ingredients that make food more appealing to our tastebuds are added to a large percentage of all heavily processed foods. The 3 main ingredients, fat, sugar, and salt, are known to excite our taste buds and make us want more

Experimenting in our Hawaii kitchen is one of our favorite things to do, and sharing our best creations with YOU is another.

We've got a fast, easy AND healthy vegan walnut meat for you to try on tacos or a taco salad.  If you love your tacos, but don't like how you feel after eating them, then you're going to love this satisfying, nutritious vegan walnut meat that is super easy to digest.

Click Here for the recipe.  Enjoy our family making these for you guys to devour! 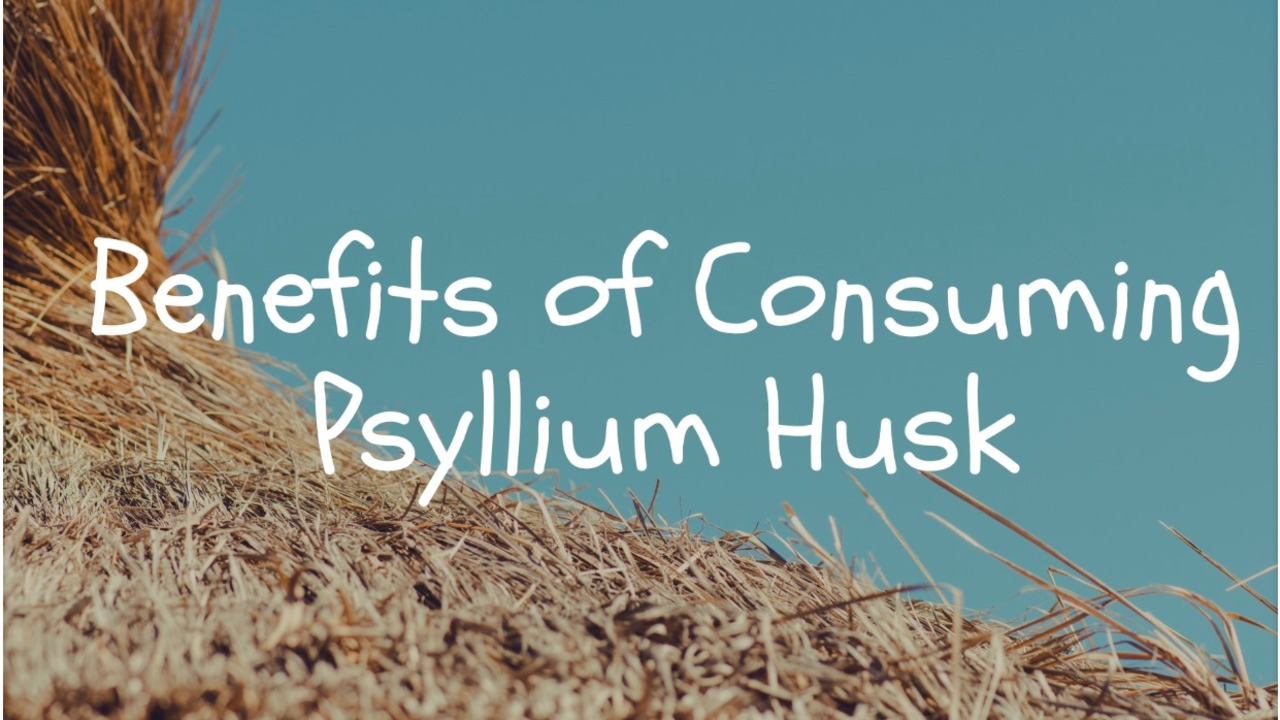 Psyllium is a form of fiber made from the husks of the Plantago ovata plant’s seeds. It sometimes goes by the name ispaghula.

It’s most commonly known as a laxative. However, research shows that taking psyllium is beneficial to many parts of the human body, including the heart and the pancreas.

Psyllium is a bulk-forming laxative. This means it soaks up water in your gut and makes bowel movements" much easier. It also helps promote regularity without increasing flatulence. It can be used as a one-off to ease constipation, or it can be added to your diet to help promote regularity and overall digestive health.

Psyllium is a pre biotic — a substance needed for healthy colonies of probiotics to grow in the gut. A healthy colony of good bacteria in the digestive system is essential for healthy immune function. Your body is better able to fight infection, reduce inflammation, and maintain healthy tissue and cells.

When used as a supplement, psyllium husks can help with... 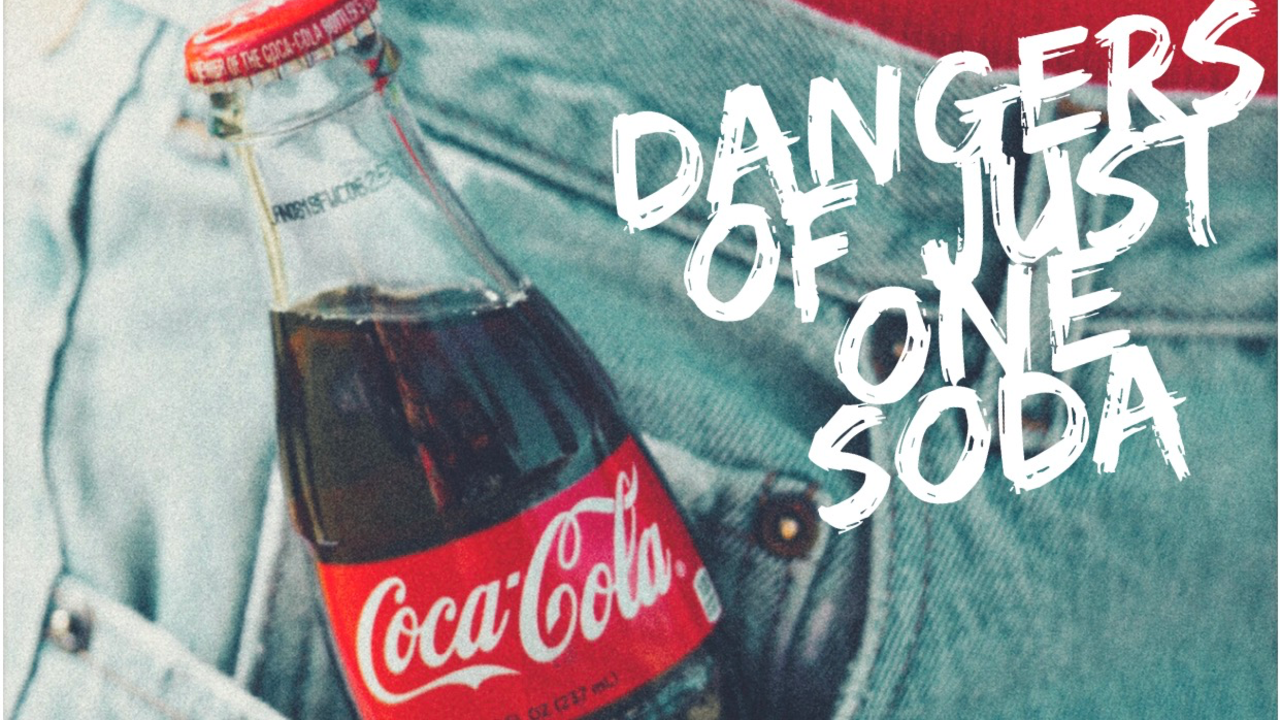 Are you experiencing headaches, fatigue, dizziness, weight gain, ADHD, or lack of sleep? This blog post will shed some light on the food industry's tricks that you'll want to watch out for... so-called "health foods" that are anything BUT healthy!

If you consume soda or know anyone who does, then pay close attention below.

For years, Big Soda companies have been handing out millions of dollars in an attempt to prove that their drinks are NOT the cause of obesity. New York Times recently exposed one Big Soda company that paid $1.5 million to fund their own research group. The goal was to convince the public that drinking soda is safe. (NYT, August 9, 2015).

Below are THREE OTHER DANGEROUS FOODS that are being marketed as "health foods."

These foods may be harming you from the inside, and they could be the reason why you are not losing weight, no matter what you have tried.

One of these foods even contains an ingredient that is actually banned in almost every first world country....

What Sweetener is the Healthiest? Agave, Honey, or Coconut Sugar? 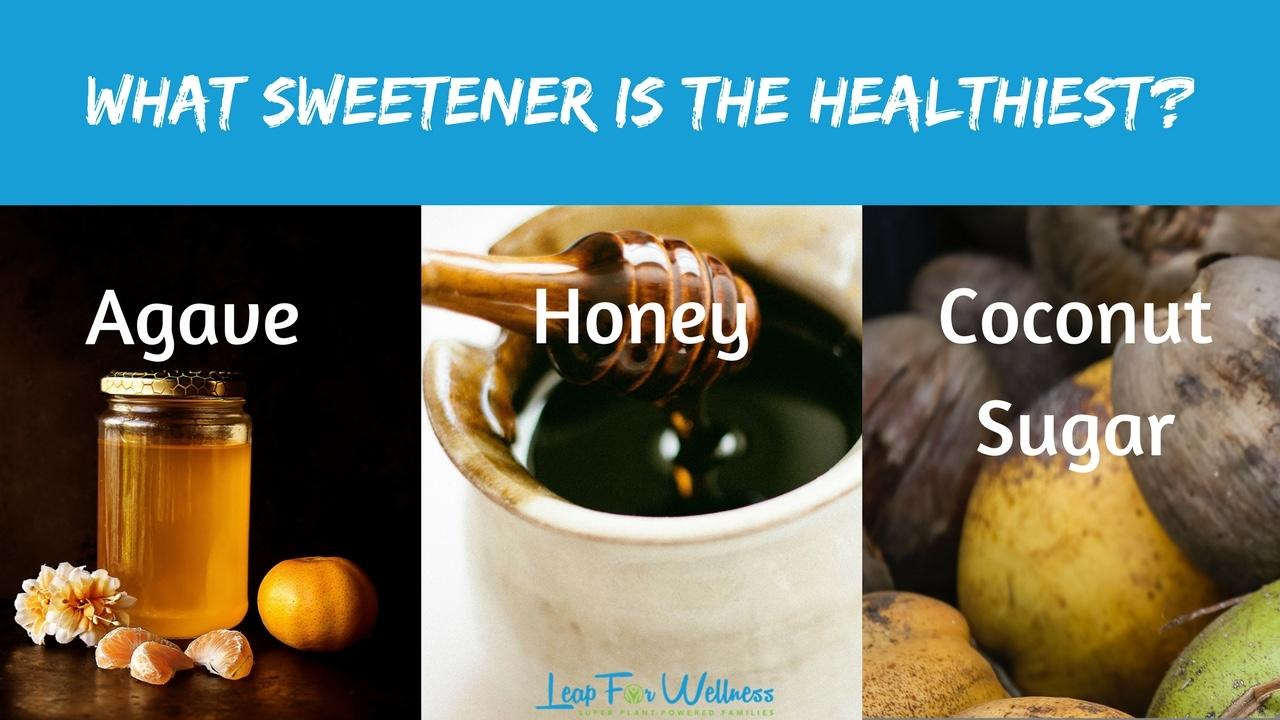 In just about every snack, dessert, and beverage there is a sweetener added to make the food taste appealing.  Most of these food items contain too much-added sweeteners.

We all need some sugars for fuel our bodies, however, it’s a good idea to know which one is the healthiest to consume.

Knowing how each sweetener is processed is a big help to maintaining a strong, healthy body.

Agave has been labeled as a healthy alternative to most processed sweeteners.  It’s a natural sweetener with a low-glycemic index, so a lot of people thought it was the best option.
When you take a look at how agave is made, you will see how it is not the best option to be consuming. Native Mexicans once made it by boiling its sap, but now it is manufactured in factories. It is heated up so high and broken down, which looses its enzymes it needs to break down and absorb the sweetener.  What is left is nutritionally insignificant and quickly turned to fat.

The Differences in Sea Salt vs Table Salt 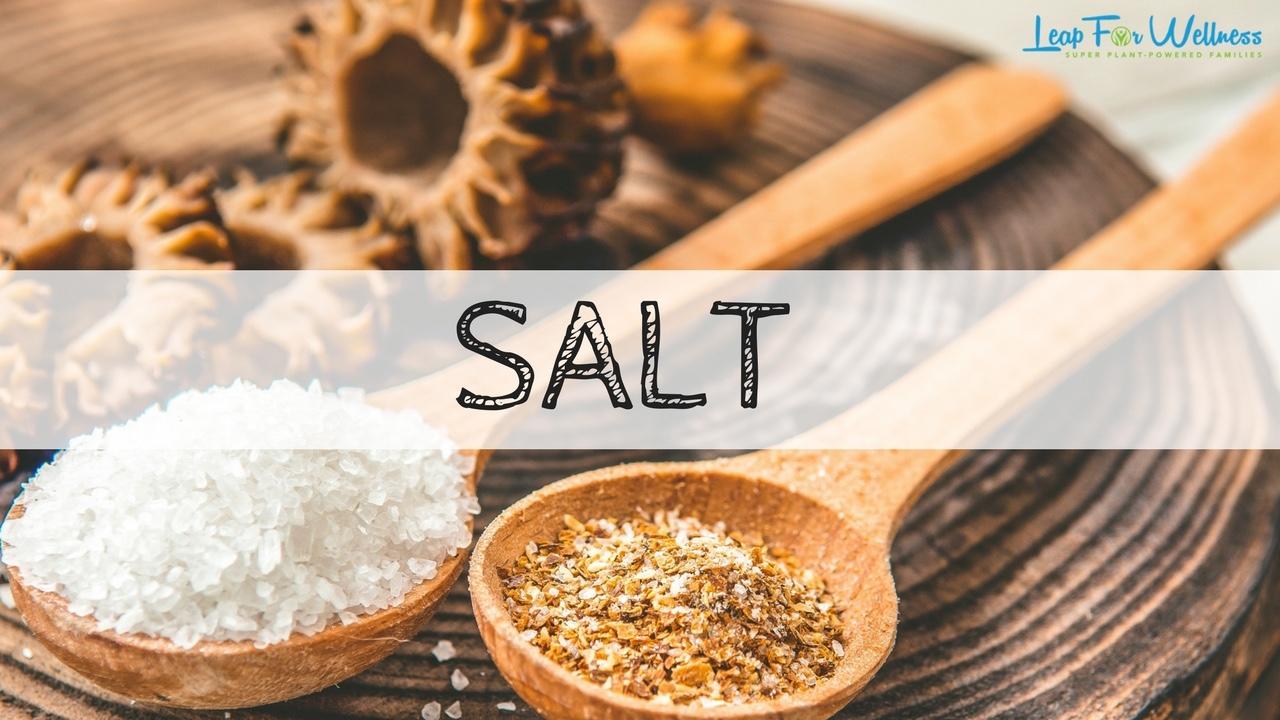 Salt is an item that is in most of our food.   It is on every restaurant table and in every kitchen cupboard. Yet it has always been valued. It adds flavors to our food and preserves it.

What is Sea Salt?
Sea salt comes from an existing body of sea water. It is created by using the sun to evaporate liquid or by using a faster vacuum process.  It can be refined or unrefined.

Refined sea salt is washed, therefore taking away trace minerals and leaving it the same as table salt.

What is Table Salt?
Table salt comes from deposits of salt that were from bodies of sea water that once existed, but do not exist anymore. After the salt is mined, it is dissolved in water to wash it. It is then evaporated using a vacuum so that there are crystals that form.

All trace minerals and sediments are removed, and it is treated with substances that keep it from caking.  Potassium iodide is sometimes added....

How to Stay Motivated as a Busy Mom

It is all in your mindset when it comes to motivation.  When you change your mind, you change you.  Remember, you are doing this not just for anyone but for yourself. You need to love the body you live in now, even if it's not the body you desire. By keeping your goals set and what you want to achieve, you will stay motivated.  If you won't start now, then when will you start? The only "ideal" time is TODAY!

Learn how to stay motived with this video below.

P.S. Get connected with our Private Facebook Education Group

Our Plant-Based Story | How to Overcome Health Issues 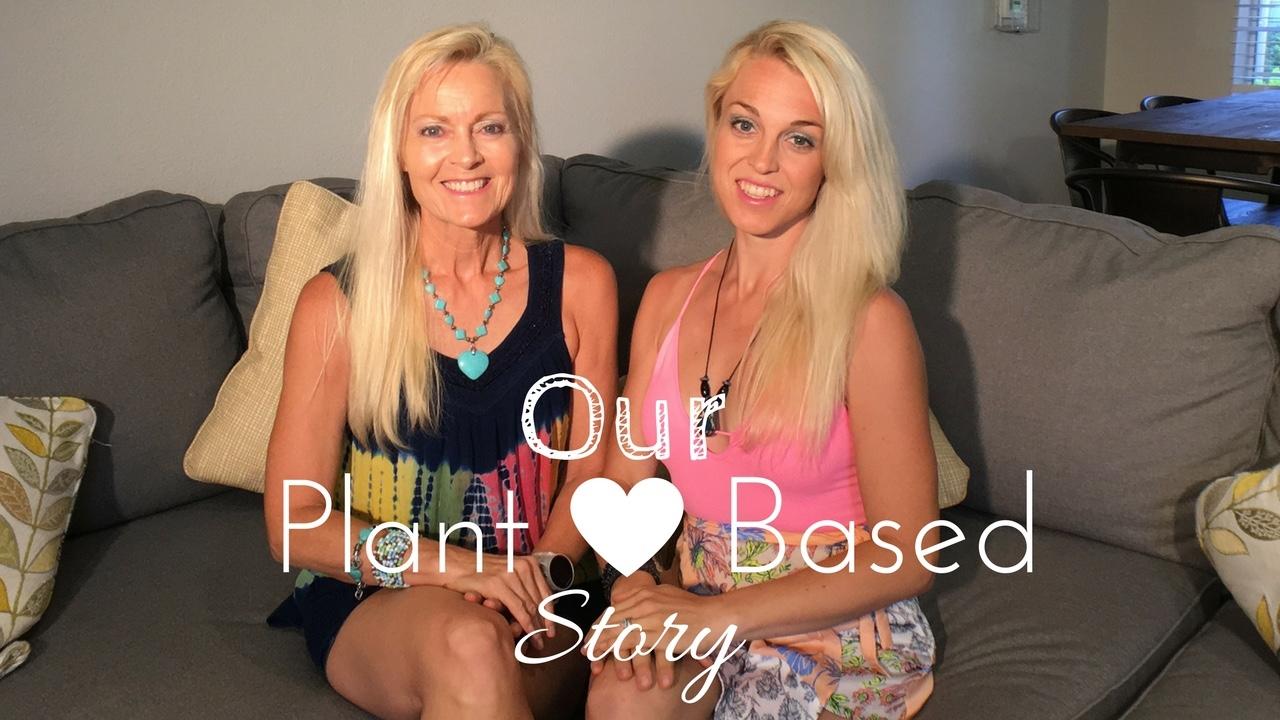 See it to believe it!  Although you can read study after study showing the benefits of a plant-based lifestyle, sometimes the most persuasive argument is a changed life.  Imagine excess fat dropping off, looking younger and younger, and having boundless energy and no hormone symptoms...

We have opened registration for our Super Plant-Powered Leap 30 Day Program.  We offer this so that plant-based health-seekers, people like you, can find an easy, common-sense way to transition to a plant-based lifestyle.  Avoid the confusion, struggles, or pitfalls that could slow you down.  Discover how fun and easy making the switch can be!>

But FIRST, we wanted to share the story of how switching to a plant-based lifestyle helped us....

Hear how Shelly overcame allergies, digestive issues, and extreme fatigue (including mono).  Watch and listen as she radiantly shares how a plant-based pregnancy is a way to go!

Gail will share how she no longer struggles with... 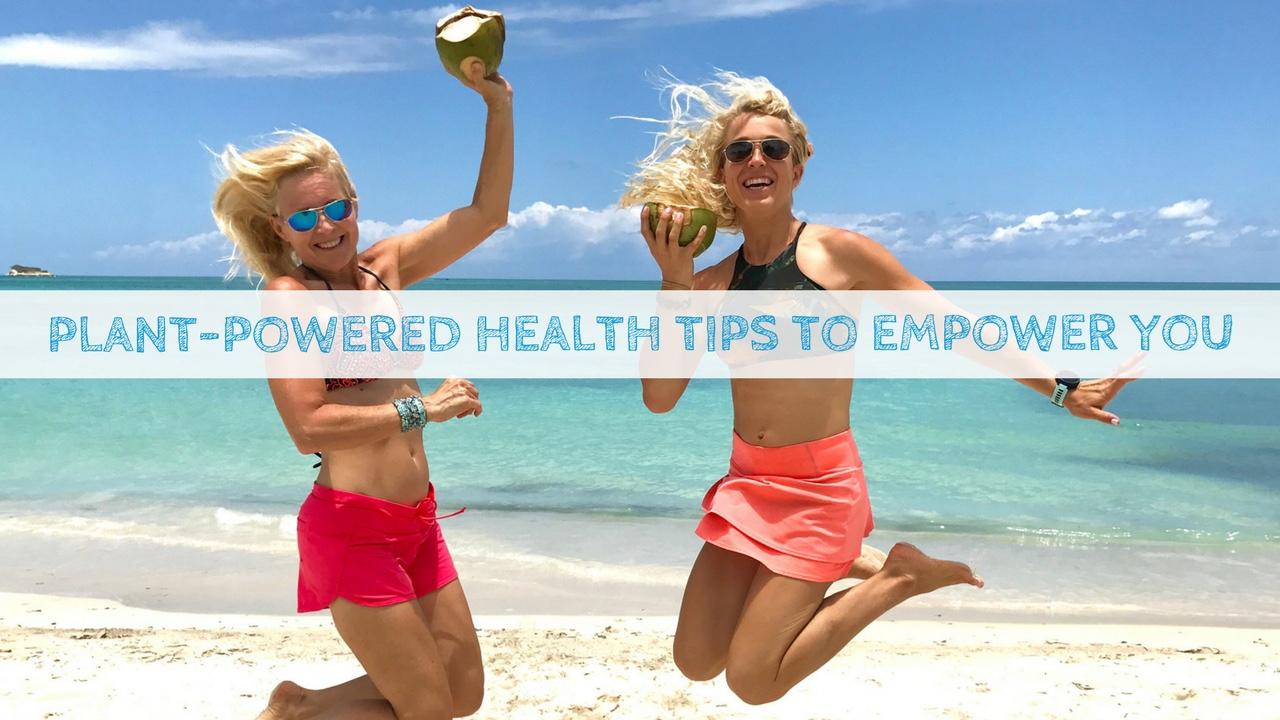 Do you get dressed in the closet to avoid being seen or looking in the mirror? Unwanted fat can weigh us down physically and emotionally. 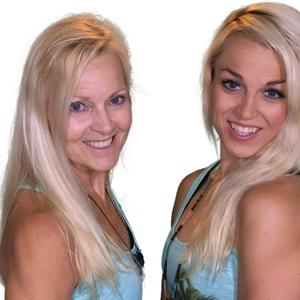 Gail & Shelly (Mother & Daughter) helps people MAGNETIZE their life, BLAST through any obstacle, and PAVE the path toward lasting transformation through a plant-based lifestyle.

Your cravings could be holding you back. Claim your free conquer cravings cheat sheet today! Included is a one day plant-based meal plan.